Chairman of the Board, CEO and President
ManTech International Corporation 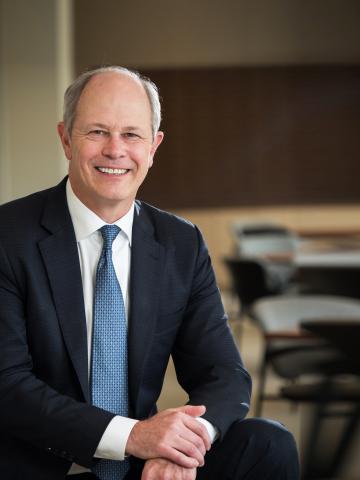 Kevin M. Phillips is Chairman of the Board, CEO and President of ManTech. He leads a global team of 9,400 employees who are committed to national and homeland security through the delivery of innovation solutions and technologies that solve some of the nation’s most challenging problems. Mr. Phillips brings a record of success to delivering results for defense, intelligence and federal civilian agencies that rely on ManTech for full-spectrum cyber operations, analytics and automation, systems engineering, digital transformation and enterprise IT solutions tailored to support their missions.

Mr. Phillips was appointed Chairman in September 2020 in addition to serving as CEO and President of ManTech since January 2018. Prior to that, he served as president and COO from 2016-2018.He also served as chief financial officer from 2005 to 2016 and has been corporate vice president and assistant to the chairman and chief of staff. He joined the company in 2002 through ManTech’s acquisition of CTX Corporation.

He is a strong proponent of adapting and harnessing the power of technology to help federal agencies accomplish their missions. He serves in leadership positions at several government services and technology-related industry groups and has won numerous awards for his contributions. He is a member of the Executive Committee and Board of Directors of the Professional Services Council (PSC), the Aerospace Industries Association (AIA), and in March was elected as the 2nd Vice Chairman of the Northern Virginia Technology Council after having been appointed to the Board of Directors in 2018.

Mr. Phillips spent 10 years in the U.S. Army Reserves. ManTech is committed to being the nation’s No. 1 employer of veterans.

Mr. Phillips is a graduate of William & Mary with a degree in Business Administration, and serves as a member of the Board of Trustees of the William & Mary Foundation.